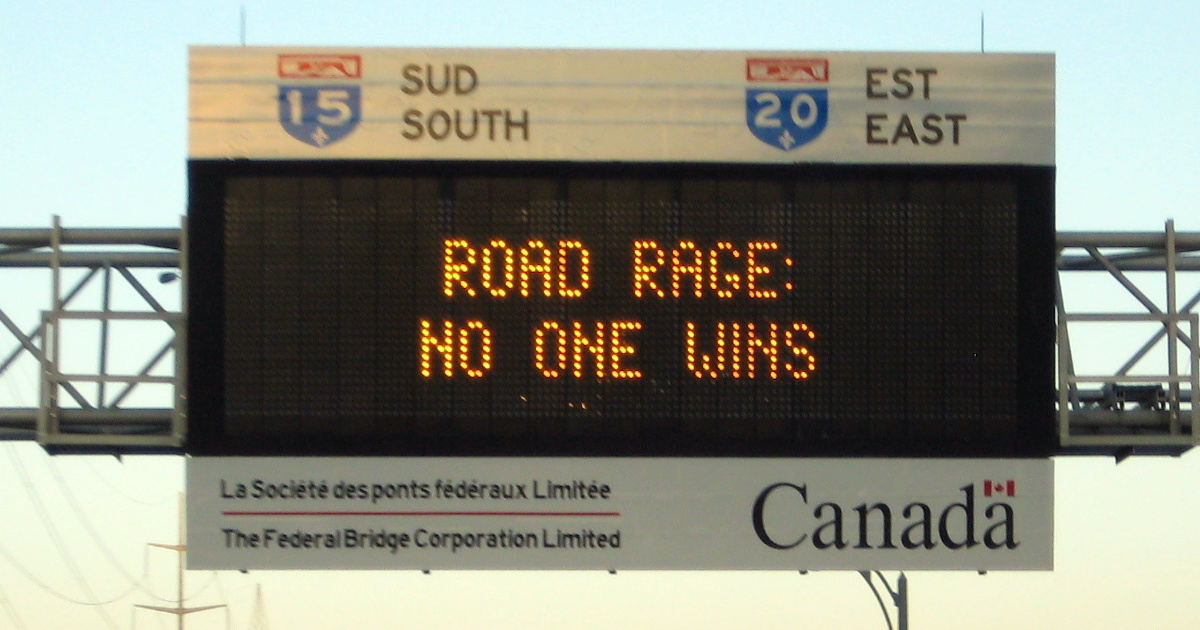 If you’ve been driving a truck for any amount of time, you’ve probably seen your share of crazy things people do on the road. From bad driving to outright aggression, drivers sometimes forget they have to share the road with everyone else.

Road rage is something we’re all familiar with. Other drivers can make us angry with their stupidity, thoughtlessness, or dangerous driving habits. When we move from anger into actual aggression, bad things happen.

Over 60% of traffic fatalities each year are due to aggressive driving, and half of all drivers answer aggression with more aggression out on the road. As a truck driver, you know how much damage can be done on the road. Now add in anger and aggressive behavior, and it can get bad very quickly.

The best thing to do is to avoid road rage – either feeling it or causing it. In this first post of our Safety Meeting Series, let’s discuss avoiding road rage.

Almost anything can trigger anger in someone, but on the roads, there are a few common causes of road rage. You may recognize things that make you upset when you’re behind the wheel:

To avoid causing road rage in another driver, drive safely and follow all traffic laws. If you begin to feel the affects of your own road rage, as you deal with inconsiderate or bad drivers, there are things you can do to reduce road rage.

You may be angry with the other drivers or realize that you’ve upset other people on the road. Regardless of which situation you’re in, there are things you can do to reduce road rage and the potentially violent and dangerous incidents that it can lead to:

Whether you’re the one who’s upset at other drivers on the road or you’re unintentionally causing someone else to become upset, keep these rules in mind to make sure everyone arrives safe and sound at their destination without causing an accident or giving in to their road rage.

This Safety Meeting Series is brought to you by Gorilla Safety, the leading provider in fleet management services.