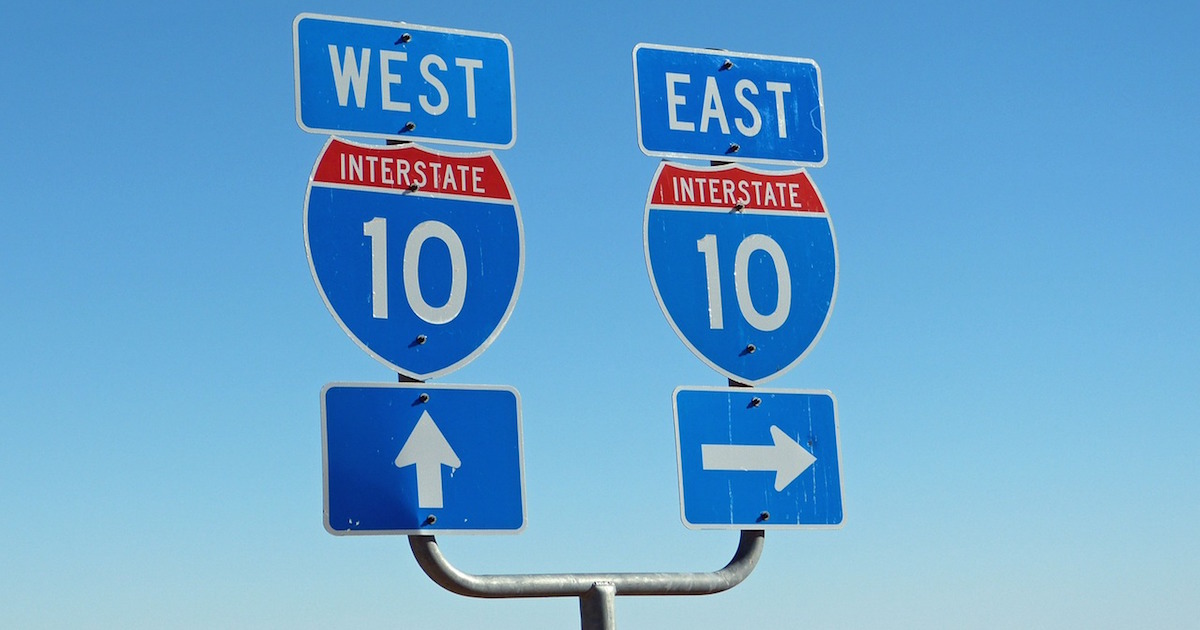 There are plenty of issues that drivers have to be concerned with while they’re out on the road. Some of those things are in a driver’s control – speed, mechanical issues, obeying rules and regulations, paying attention to road, etc. Other things, like dangerous road conditions, are not.

When you’re looking at routes to take on or considering a new route, be aware of these dangerous stretches. Knowing about the danger ahead of time could save a life.

The 150 mile stretch of interstate 10 that runs between Phoenix and the California border is a legitimate threat to drivers. Each year, approximately 85 deaths occur in this mostly desert and sparsely populated stretch of road.

I-26 in South Carolina

Interstate 26 in South Carolina is considered the deadliest road in the entire state. Between 2000 and 2010, 325 people died in 286 wrecks thanks in part to steep shoulders and few guardrails. In some sections of I-26, the death rate is twice as high as nearby busier roads.

For 25 miles through Colorado, you’ll drive up a road that’s 11,000 feet above sea level. Some sections have no guardrail and no shoulder. Instead, the drop is off the side of a mountain. This is definitely a section of road you don’t want to be distracted on.

This stretch of road runs between I-15 and Palmdale and was long considered one of the deadliest roads in California. In one five year period, there were 56 deaths and 875 injuries.

Most of I-95 in Connecticut is considered dangerous, but an eight mile stretch around Norwalk is the worst area. This section sees nearly 10 percent of all crashes on the road with 735 crashes in one year.

Highway 2 runs across most of the northern part of the United States. In Montana, though, conditions aren’t good. Thanks to high winds and blizzards, accidents are common. Because the area is very rural, an 80 minute wait for an ambulance isn’t unheard of.

You can’t always avoid the dangerous roads, but if you’re aware that certain highways and interstates are more dangerous than others, you can better prepare. All drivers know an accident can happen at any point, but on the worst roads, being prepared for anything could save a life.